Here are this year's sires prior to shearing.  I'll post the other rams later.  The rams are not coated in the winter like the ewes are.  I don't trust horned rams with coats on.  The fleeces are in great shape, except for Mahon's.  He should have been sheared a month ago as he has been trying to ditch his fleece.   It is a long staple. 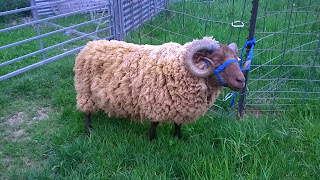 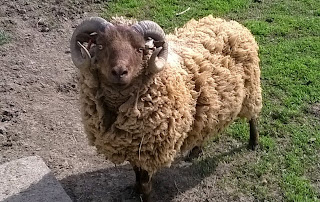 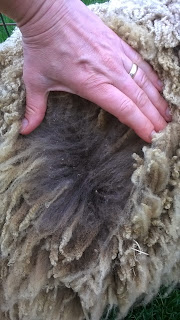 Mahon's fleece.  He is a milk chocolate in color. 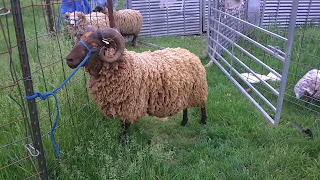 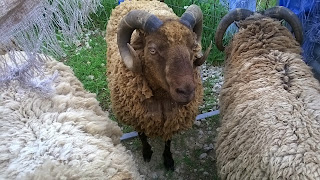 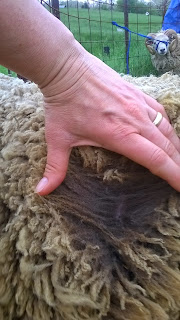 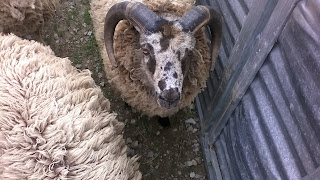 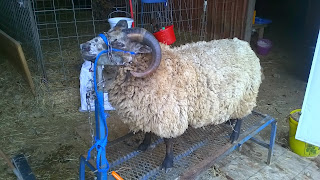 Cam on the stand. 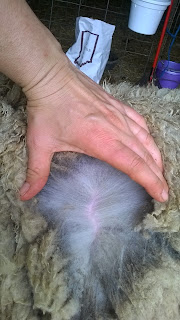 Cam's fleece - he is very dense. 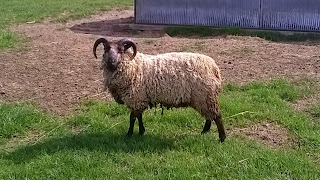 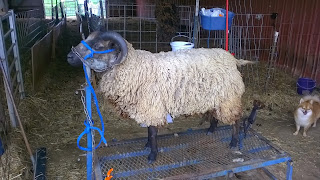 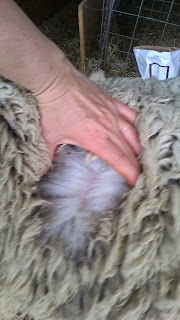 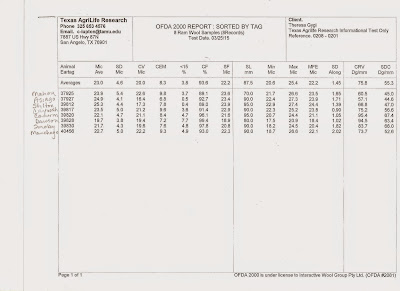 When you are choosing a fine fleeced Shetland, please remember the following:  Fine fleece, when referring to Shetland wool, should mean that the wool is fine, crimpy, and soft handling.

Fine means:
When an AFD is only posted, with no indication of anything else (where it was sampled, whether it was separated or not, what all of the other numbers are) and no picture is given, it is buyer beware! With numbers higher than the following, SD above 7, CV above 25, CEM above 13, are all causes of concern. High numbers here indicates a coarse outer coat that will give even a low micron fleece a harsh handle.  Note:  There are a few exceptions to the rule.  But this generally means that all the numbers are not high.

Here at Under The Son Farm, we always give you the maximum amount of information.  With top quality, show winning Shetlands, you are assured of getting sheep that meet the breed standard with fine, soft, crimpy fleeces. We strive to have the following numbers for the best breed standard fleeces:

The Fine Fleece Shetland Sheep Association is pleased to announce the addition of a Registry to our endeavors to allow FFSSA Shetland breeders the chance to register their eligible sheep.  The FFSSA Registry is based on the sheep’s performance in producing a fine fleece, according to the parameters as set by the FFSSA Fleece Grading Chart.  This ensures the fleece, as well as the structure, on the registered sheep meets the 1927 Shetland breed standard as clarified by Appendix A.  This will allow breeders the opportunity to serve their customers the best quality in Shetland sheep and their wool products.


FFSSA President
Posted by Theresa at 3:14 PM No comments: 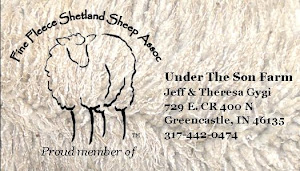 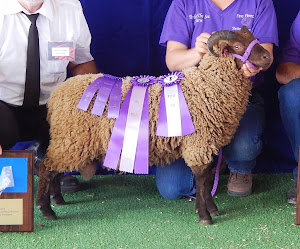 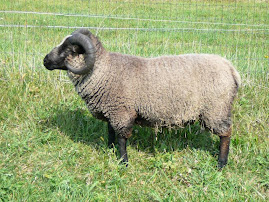 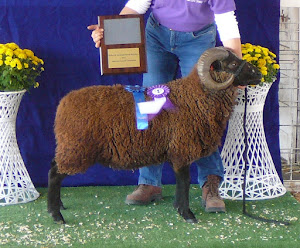 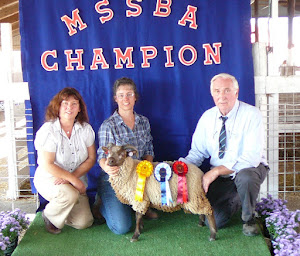 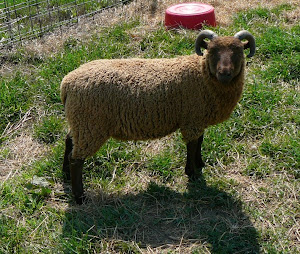